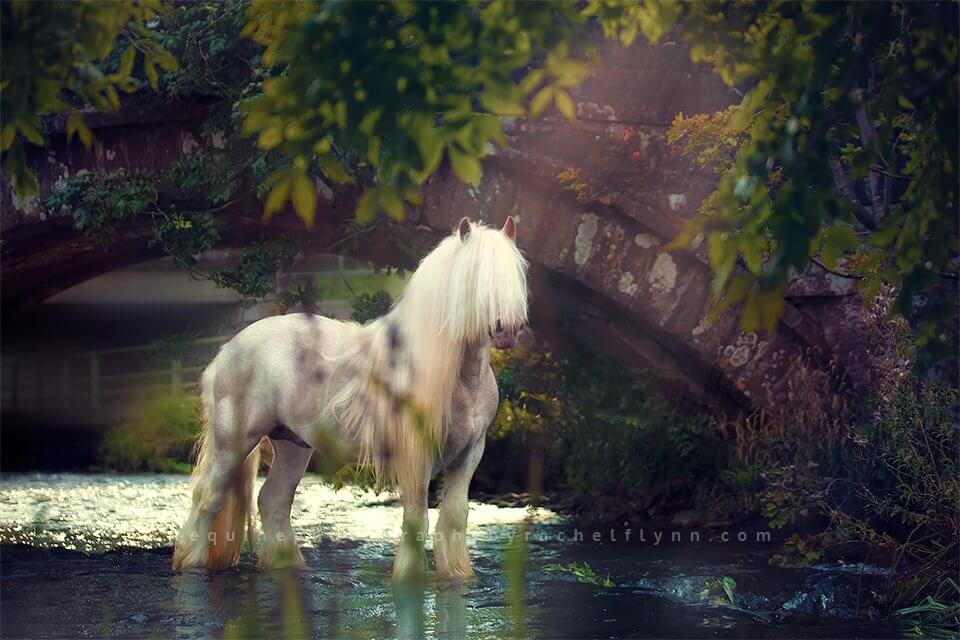 It’s always been a dream of mine to ramble through the British countryside. As luck would have it, in 2018 the unique opportunity arose for me to combine my passions for horses, photography and travel — attending an eight-day equine photography tour through Great Britain with award-winning equine photographer Katarzyna Krzesik-Mikolajekin.

As a mother of young children, I arrived in Heathrow on a crisp September day feeling rejuvenated after a long and much-needed rest on the plane. Heading to Bristol, it surprised me how quickly the landscape converted from city views to charming English countryside.

Our intimate group of avid photographers, saw us on the first day making our way to the quaint township of Llandysul, in Wales. In the miserable, Welsh weather — surprisingly warm for a girl from Victoria, accustomed to four-seasons-in-one-day — we photographed Peter Jones’s Welsh Ponies from the world-famous Menai Stud. Photographing many welsh mares with foals at foot started our tour with enthusiasm.

Travelling on to Rhayader to Emma Ree’s training stables, our group had the chance to photograph a well-accomplished Gypsy Cob stallion, called McCartney’s Balios — a 2015, 2017 and 2018 CHAPS show champion, owned by Kim Carrick.

The villages of Rhayader and Saint Harmon were both stunning with picturesque farmland and cosy pubs, which made excellent spots for lunch where we filled up on rich English fare. From here on, the weather brightened up for the rest of the tour and I settled into the joyous rhythm of the days.

Journeying to the ancient and small village of Shap, known for its Neolithic past, we made a delightful base for three nights at Haweswater Cottage on Drybarrows farm, that butts on to the Lakes District National Park. If there is ever a place that should be called God’s country, it is here. 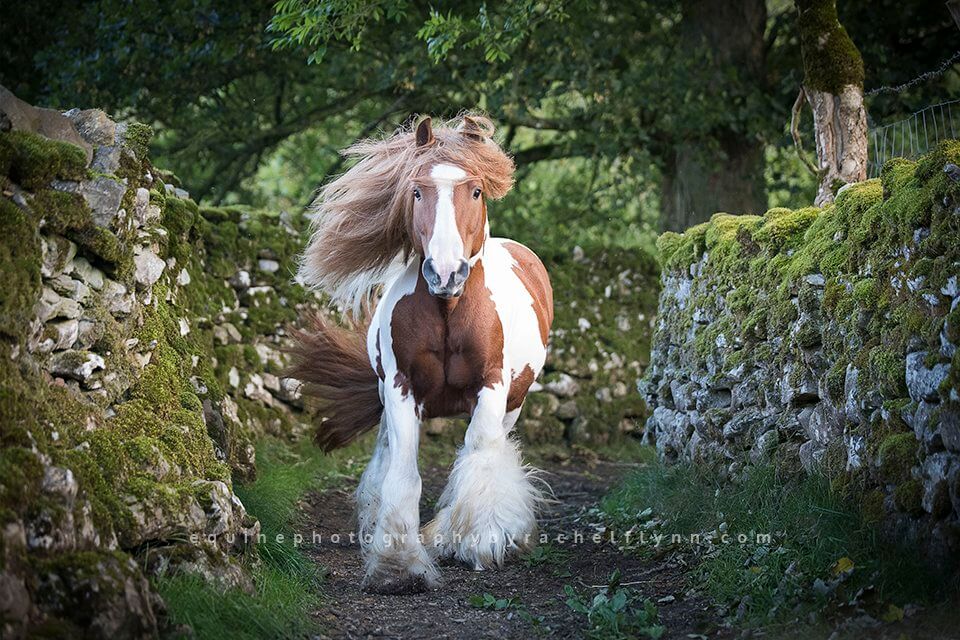 After a long day travelling and photographing horses, we arrived well after dark and couldn’t see much at all. I woke just before 7am with light streaming through the curtains. I eagerly jumped out of bed, gazing out of the window and couldn’t believe my eyes! The sun was spectacularly rising over some of the most scenic countryside I had ever seen. Within minutes, I was dressed and running outside with my beloved camera in hand.

From the wooden gate, the national park beckons. Farm owners David and Gail Thompson let their fortunate mares and foals graze contentedly in the expansive wild. We spent the day hiking the Lake District National Park, and overlooking the dramatic Haweswater Reservoir were we photographed the pretty Drybarrows Fell ponies. 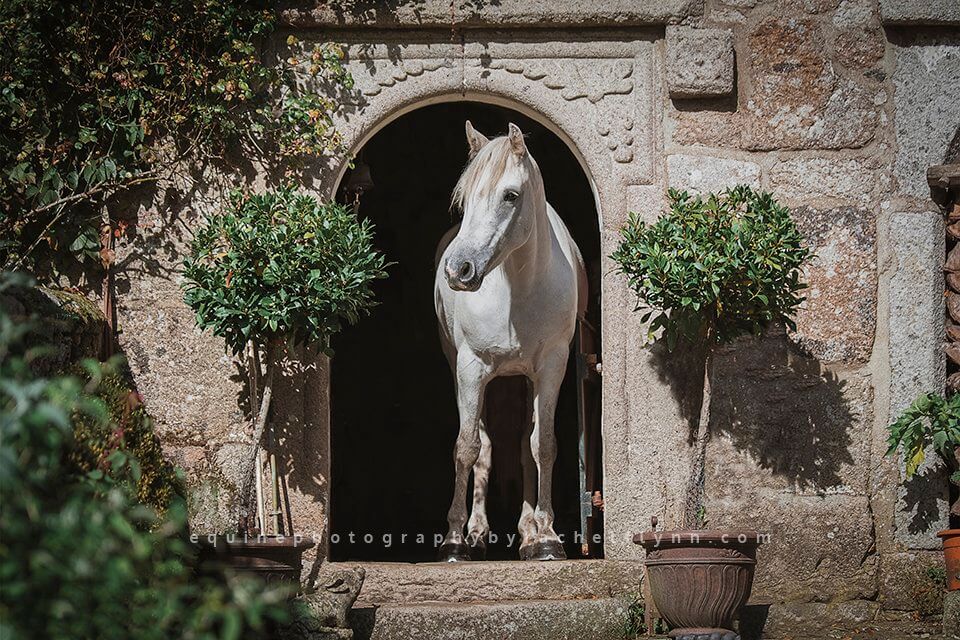 With sad goodbyes, we departed Shap and headed to Appleby, a famous town where gypsies show off and trade their horses once a year at the Appleby Horse Fair. We saw a much quieter Appleby when we stopped for lunch at the local pub. We photographed the gorgeous red and white gypsy cob stallion Johnny, owned by Kim Carrick of Kimico Stud. Being a breeder of Gypsy cobs myself this was an incredible opportunity to meet and study exceptionally bred horses. I was truly in my element with my camera in hand, spending time with different stallions, mares and foals and getting to know the breed even more.

After a night in Stone, we rose early and headed to Exmoor National Park to capture the native and endangered Exmoor ponies that still roam the region. On the North Devon coast, we visited the sister towns of Lynton and Lynmouth for lunch and enjoyed the spectacular sea cliff views and picturesque harbour — it was truly a standout.

Exmouth beach provided a beautiful backdrop for photographing Gypsy Cobs, with its red sandstone cliffs hitting the sand and water in a breathtaking manner. We photographed two stallions, a buckskin called McCartney’s Regal, and a black and white called McCartney’s Marmite.

Moving on to Nadderwater, amongst the quintessential country fields we photographed McCartney’s Regal again and a red and white gelding Cob called Biscuit.

Nearing the end of the tour, we hiked through Dartmoor National Park to point our lenses at the hardy, semi-wild herds of Dartmoor ponies. We continued on to Norman Scott’s ancient 11th century cottage to photograph his elegant Connemara mare Bridie (registered name Spiddal Creevy Banks), sired by popular horse show winner Banks Timber. Chickens happily meandered the farmyard, and at one point Bridie was led inside Norman’s house so we could photograph her gazing out of the entranceway with its charming arched stable door. We enjoyed a cup of tea whilst looking at photos of Norman’s show riding days.

During our time in Devon, we photographed many of Stephen and Julie McCartney’s gorgeous Gypsy Cobs, and our last leg of the tour saw us in the ancient tin mining town of Tavistock, photographing onsite at the Collytown Shetland Stud.

Fortunate to have family in England, after the tour wrapped up I travelled to Wigan to visit Patricia Jones – Nanna Trish to our girls. We embarked on our own tour, Trish introducing me to family for the first time to exploring many more beautiful parts of the country. One of the highlights was a private photoshoot in Rainford, St Helens, Merseyside with a Gypsy Cob gelding named Stevie and his owner Paula. Much of the countryside of England and parts of Wales reminded me of my own beautiful hometown, Neerim South.

Well-rested and with my cup filled, I returned home to my family in high spirits after sharing my love of horses, breeding cobs and photography with like-minded souls. 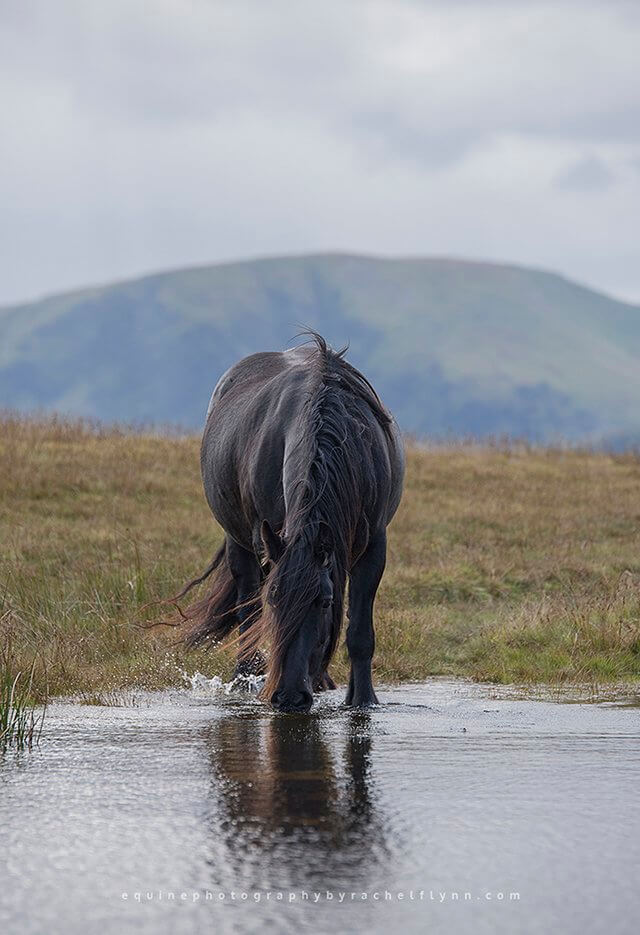 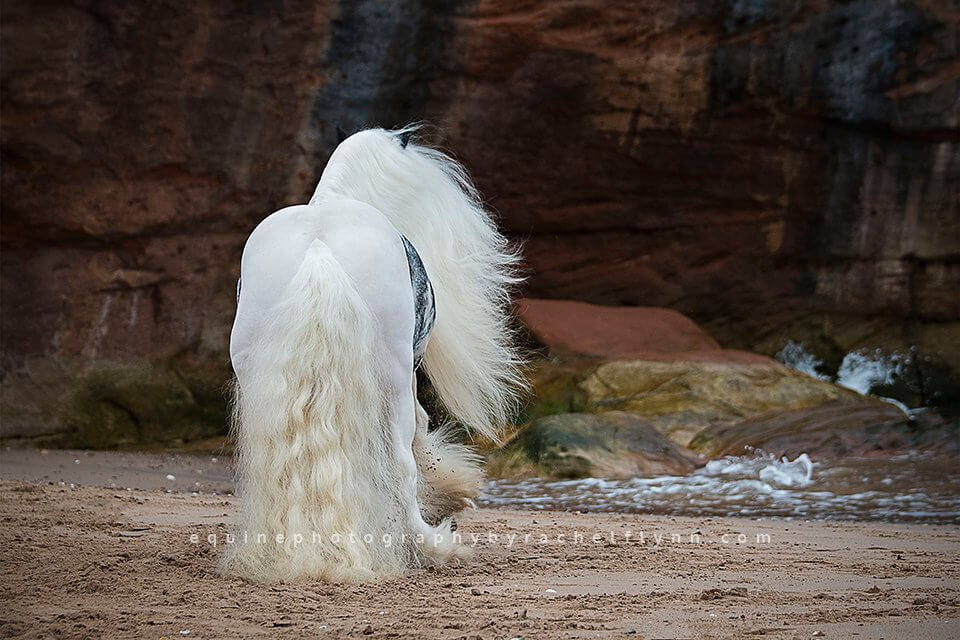 If you would like to see where I am travelling next or to book your own photoshoot you can visit www.equinephotographybyrachelflynn.com

Turn too much into too easy.

Right when you need it – Payright

We want to ensure you have a positive payment experience and have made the checkout process simple. We take responsible lending seriously so credit is only extended to approved customers. Please ensure you read the terms and conditionsfor further information and note that PayRight is not available on all purchases.